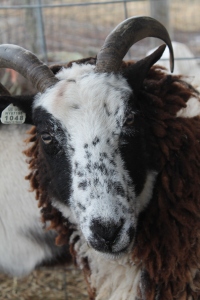 she got her name from the person who gave me my first Jacob sheep.

We got Vanessa in the summer of 2004 in a trade for a ram lamb, along with her sister, Georgia and Georgia’s daughter, Myra. I had seen an ad listing 3 Jacob ewes for sale or trade on the local feed store “For Sale” board – I took the number down and contacted them, thinking that I could trade Victoria’s ram lamb, William (who was too dark to register), for one of their Jacob ewes – if they appeared to meet the breed standard. We went out and looked at the ewes – the 2 older ewes (Vanessa and Georgia) were both 2 horned and appeared to be twin sisters (the owners thought they were, but weren’t sure, as they had bought them from someone else), they also met the breed standard. The third younger ewe (Myra, Georgia’s grown daughter) was almost all black, with 2 strong horns and 2 scurs – she appeared to shed as well. The current owners told me that they would really like to sell of these ewes as they were trying to reduce their numbers, so they offered me all 3 ewes for William, my ram. 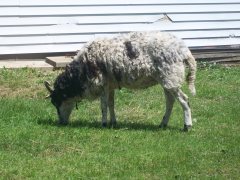 Vanessa – the year after we got her. 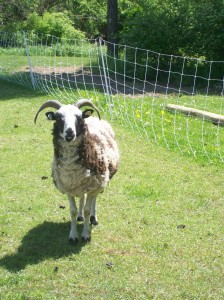 Both Georgia and Vanessa went on to produce many beautiful offspring, all of which fit the breed standard. Myra produced a couple lambs (including a ewe lamb born during hurricane Katrina in the fall), before we lost her to pneumonia. Georgia died of old age a few years ago, but Vanessa is still producing lambs – we estimate her age to be around 14 years old (the previous owners weren’t sure on her age, she was at least 4 when we got her though).

For the past couple years, I’ve tried to keep her from getting bred, and every year she keeps surprising me with yet another lamb… 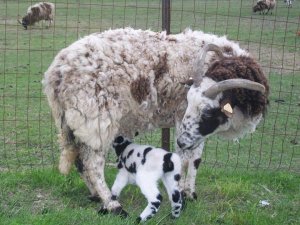 Vanessa and her 2011 ewe lamb, Anastasia

Vanessa has several daughters and a granddaughter in the flock currently – I hope Vanessa passes on her hardiness, longevity and primitive traits!

Pictured below is one of Vanessa’s daughters, Anastasia, and her daughter (Vanessa’s granddaughter), Kennedy. 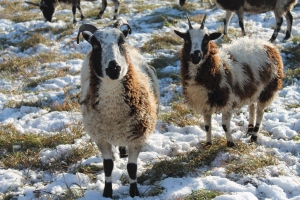